Well… last night I decided to start up MHW on my Japanese PSN just to if the DLC that I do have would work on my other PSNs… only to remember that I deactivated my console from my main PSN so my sister could get back to playing SAO: ReHollow Fragment on her PS4. So I got the free stuff again. First I forgot that because my copy is North American, so I had to use my other American PSN to get the free stuff. It worked, but that’s not all. For shits and giggles, I decided to see if I could create Yuki from “Let’s Go Devil King”. This is the result: 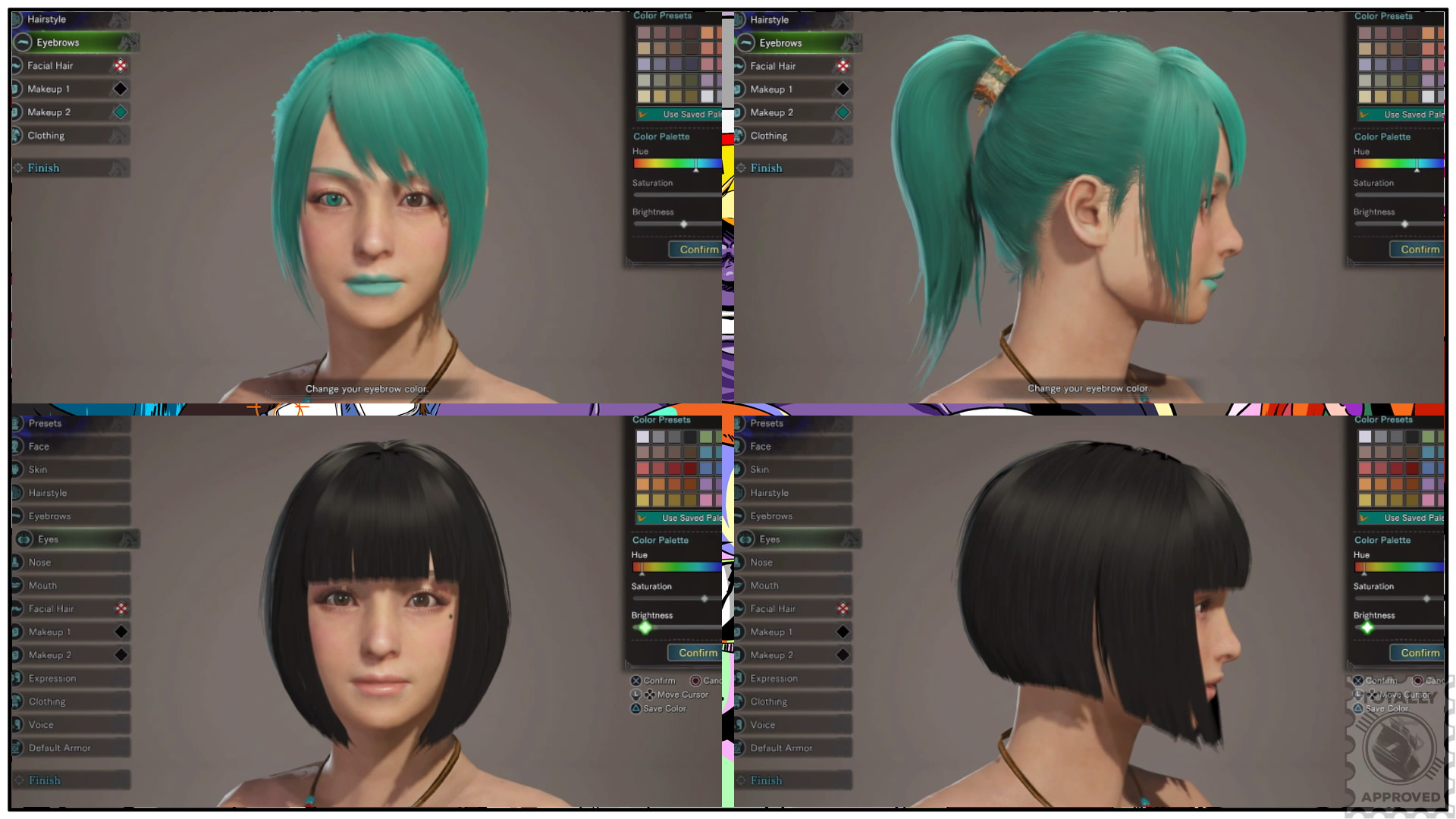 I recreated her as both Sea Green and her normal self that she’s being in most of the novel so far. And yes, they are the same character from the creation. All I did was change hair-style, hair color, the color of her right eye, and added the sea green lipstick. And it’s one of the pre-made ones too, I just used the makeup options to make her mole.

The hair for her Magical Girl Sea Green form however is not how I originally intended. There’s no parting fringe. However, MHW doesn’t seem to have the hair I imagined for her. 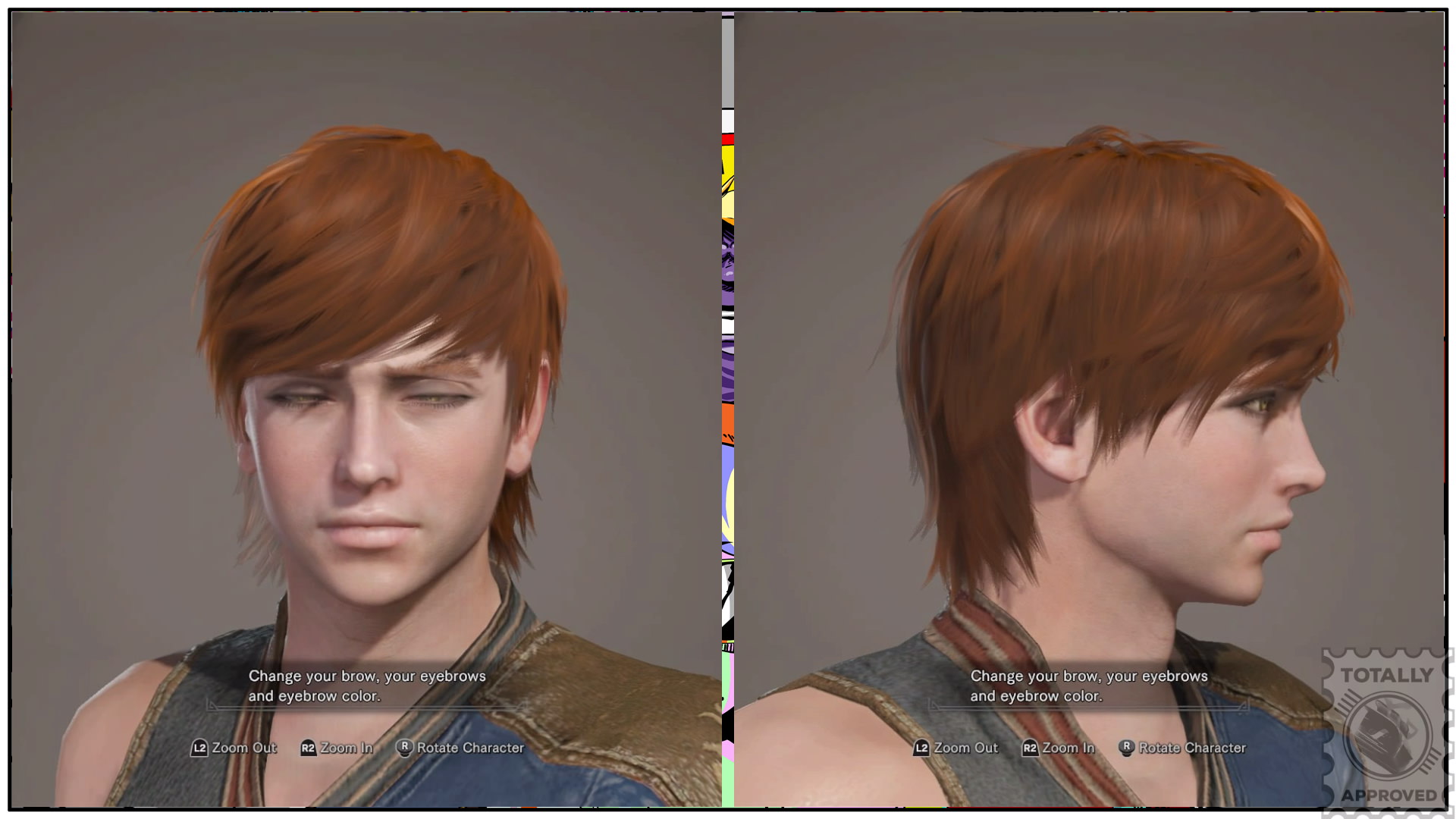 Sadly you can’t create your hunters as anything other than human. When I took the screenshots last night (more like 2 something in the morning), I didn’t realize that Coy blinked when I took it. But as you can see from the profile shot, I did make his eyes golden. But the dark-ginger hair is what I imagined… in color only. There was no hair-style that I was satisfied with. This is the closest, but the back of his hair is nowhere near long enough. In truth, it goes slightly past his shoulders. But as I exited the game and didn’t even make it past the character creation, his shade of hair is lost.

And finally… the Oracle. As she was used in the streams, you know that she has been successfully recreated in MHW. However… she’s had gone through three outfits since becoming a high rank after the streams had ended: 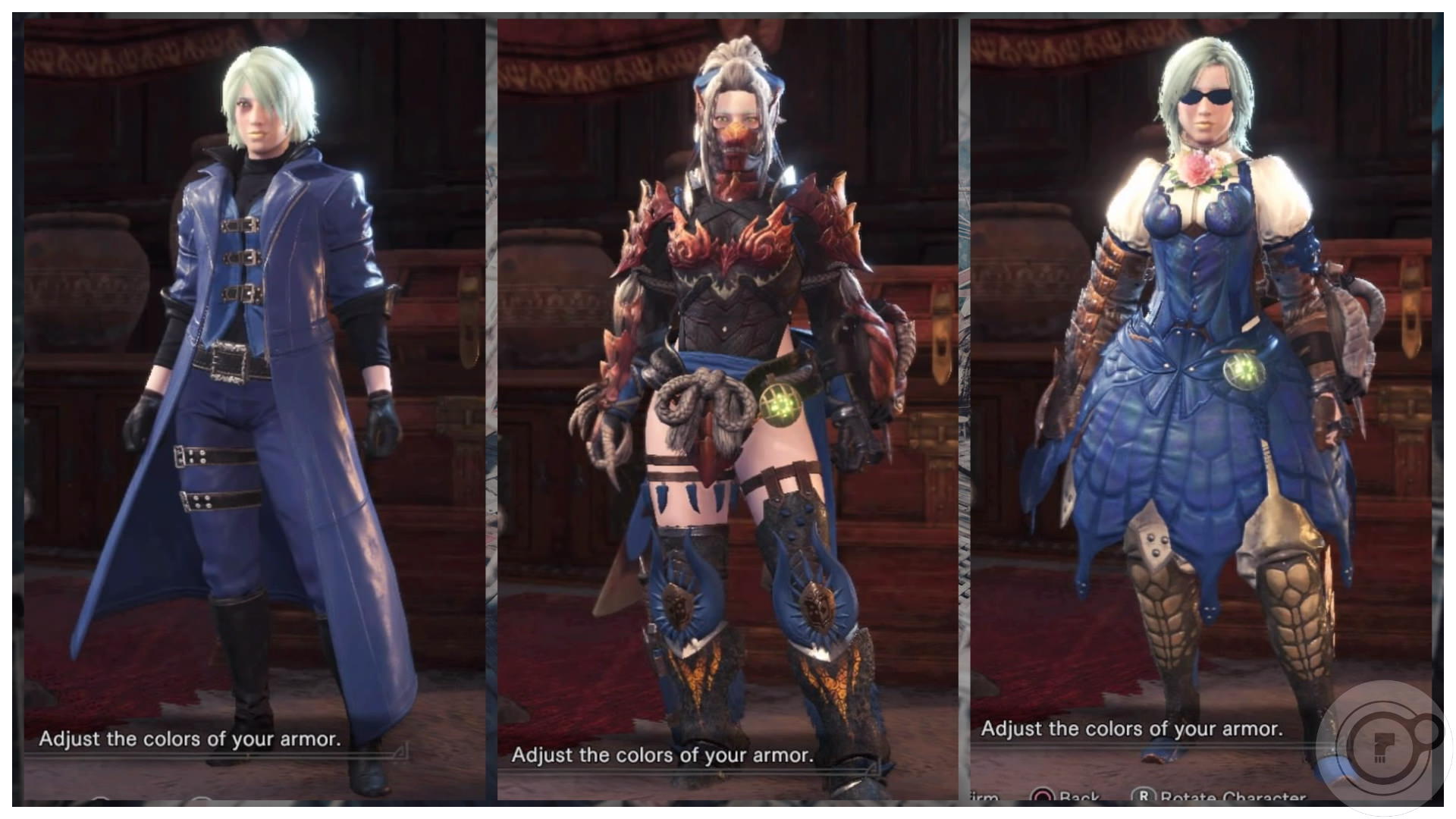 In order of right to left (because my novels mainly satire Japanese media), her armors are the following:

Now, let me explain the armors. The Blossom armor pieces were from the Spring Blossom Festival Event last month. You had to have “Spring Blossom” tickets in order to forge it. I mainly used it as a filler because I couldn’t recreate my armor from the first half of the story without the Odogaron pieces. I got the Beta variants of the rest because I liked that I could add decorations. Normally I would go in with the Samurai Layered Armor over the arms and waist of the Oracle.

Next is the mainly Odogaron set. I saw in a YouTube video that you get the most Weapon Affinity out of the Odogaron Alpha armors with the Dragon King’s Eyepatch. However… I didn’t have the stuff on the Oracle to make that last one. Someone I played with while I was trying to get geared up to face the three Elder Dragon’s after you slay Nergigante convinced me to just make the Nergigante legs because I had the materials. I went Alpha with those (though the Beta ones would had looked better) because it came with Agitator. I went Beta with the Odogaron chest piece because I wanted the decoration slot. I have the Oracle set up so her head armor doesn’t appear in cut scenes, so I didn’t mind the helm. Though normally you wouldn’t see her wear anything like this mixed armor set.

Lastly, we have the Dante from Devil May Cry Armor Set. Unlike the other crossover armor sets, this set is not a “full-armor” set. Meaning that you can mix and match it with other armors. All I did was color it blue and the wig to match the Oracle’s hair. I actually like how this looks on her, but at the same time… it doesn’t allow her to use her full potential. But yeah, the look does suit her better.

But yeah, those are the armors of the Oracle as well as Yuki and (human) Coy in Monster Hunter World. What do you all think? 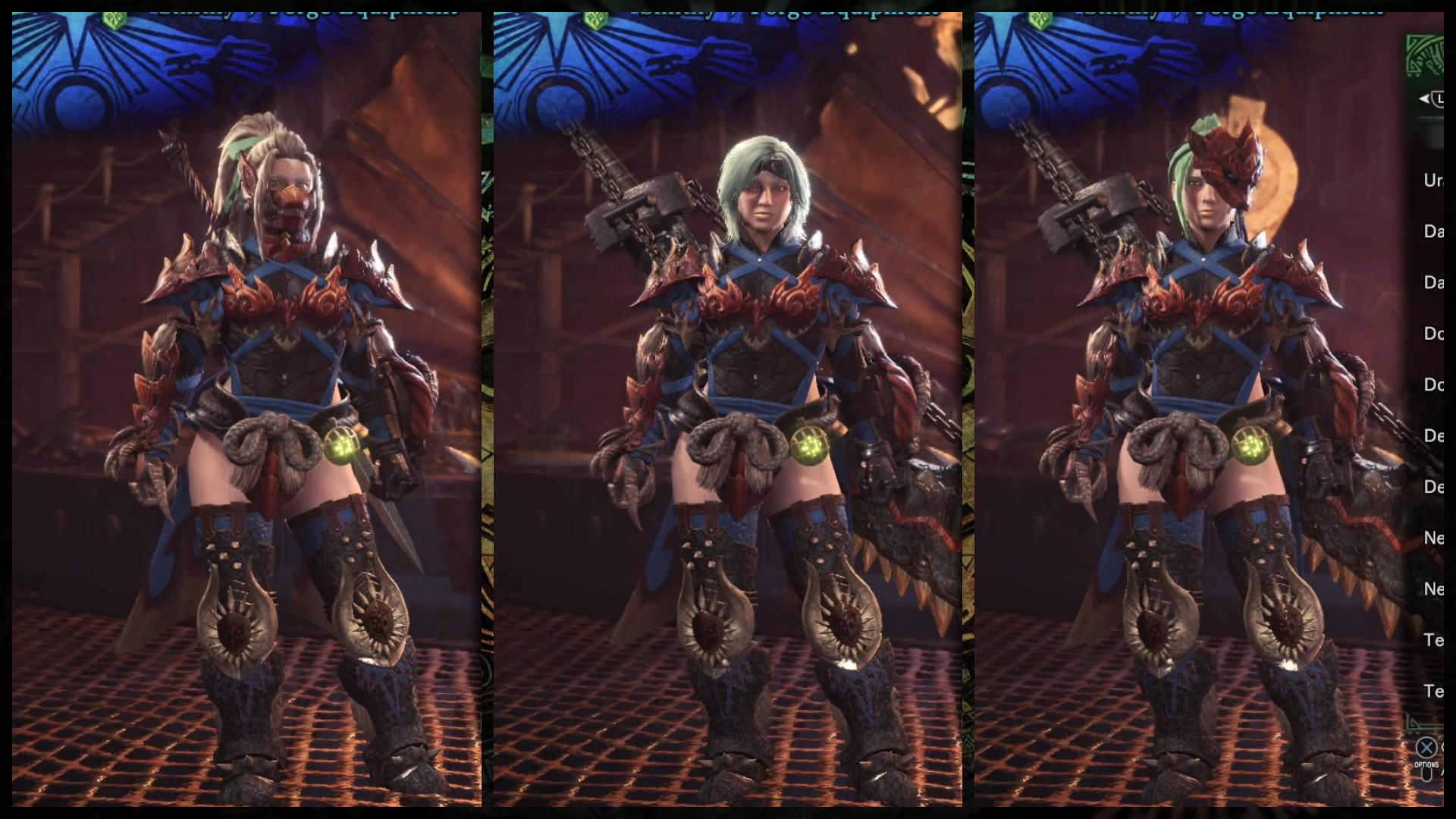 What the Oracle’s armor would be with the Odogaron Mail (a) and the Nergigante Greaves (B). And replacing the Odogaron Helm (a) with the Beta Varient and the Leather Headgear (B) as well.