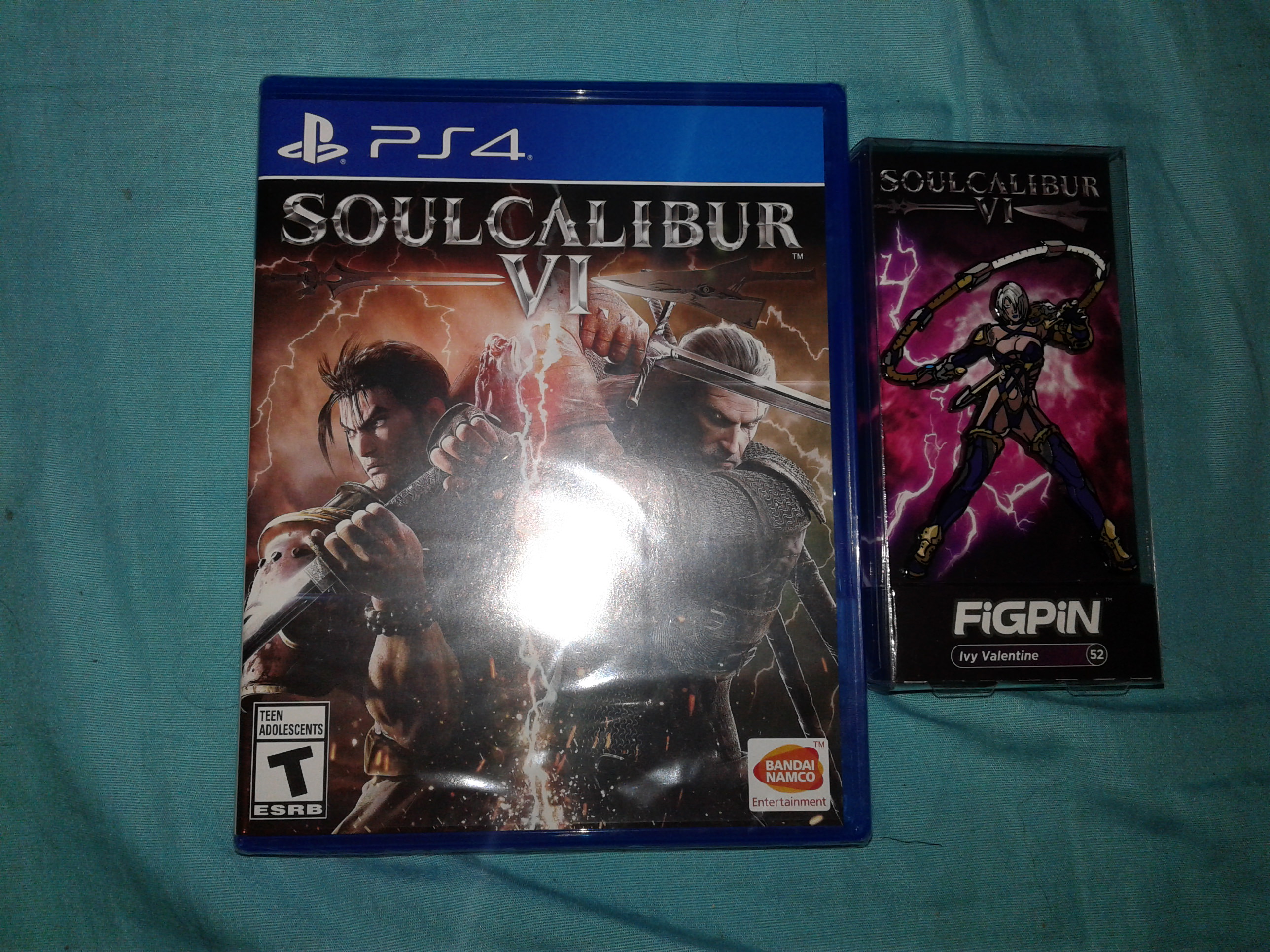 I went to GameStop earlier today and managed to exchange my Fallout 76 pre-order for it. For those wanting me to stream that in the future, I’ll get it when my Ghoul Brothers paycheck comes in. But for now, we will be exploring SC VI’s Libra of Souls mode. It’s the newest external story in the Soul Series.

I remember when me and my friends used to write fan fictions centered around SC III’s Chronicles of the Sword mode. Actually, we’re still doing it. Though I’m not really active on it anymore. We still swap ideas back and forth. If anyone has read TOG chapter 9, then they should know who Nicholas Fazello aka Myth is. And that he’s been my main SC OC for over 10 years now. I already created him in SC VI, he’s always the first one I make.

But for Libra of Souls, we’re using The Oracle because of my rule of only using characters from TOG for live streams. I may make Lost Justice later, but Oracle’s for the streams. And yes, I’ll be making her in the stream. Who knows, maybe this was her adventure while separated from LJ? All I do know is that it’s her time to shine in a fighting game.

In case anyone is wondering, that Ivy Valentine pin was free with my purchase. I haven’t opened it yet. But yeah, I thought it was awesome. Still, hope to see you all tonight.